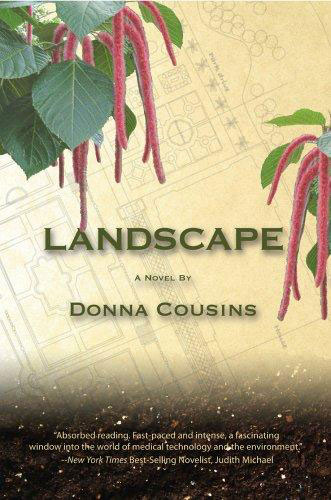 Available at Amazon, Barnes & Noble, Google Play, and other local and on-line booksellers.

At the peak of a high-powered corporate career, Mark Grant enjoys position, prestige, and a loving family. His world is shaken when he abruptly loses the job that has been the focus of his life. He starts anew as the owner of a small landscape business and—just when his life seems back on track—discovers that the company he owns is part of a vast criminal network that threatens not only his livelihood, but the very lives of his family, friends, and countless other innocent victims.

The fifty-page climax of the book is one of the most exhilarating stretches of suspense writing I’ve read in ages. This is a writer who can dramatize action, spring surprises, and deliver a satisfying, even inspiring, denouement.

If you can put this book down before you find out what happens next, you have a tighter rein on your curiosity than most people.

Fog crept across the trim green lawns of west Los Angeles as a battered van made its way along a block of graceful stucco houses. At each property, the van stopped next to the four or five trash cans clustered on the parkway between the curb and the sidewalk. While the driver sat behind the wheel, a lone passenger stepped out to peer inside the receptacles. Leaning over, he poked a gloved hand among knotted plastic bags, damp garden clippings, and neatly folded cardboard boxes. When his quest yielded nothing of interest, he quickly turned to reenter the waiting vehicle. At some stops, however, the scavenger hit it big.

Recycling had put a dent in the amount of trash left near the curbs each Friday morning. Fewer wine bottles, soda cans, and jumbo plastic water jugs rattled within the large receptacles. Newspaper bundles had almost disappeared. But plenty of glass, aluminum, plastic, and paper still turned up for a free ride out of town.

The pink house on the corner regularly produced a sack of tins labeled “Feline Spa Cuisine Lite.” The people next door liked their beer in bottles, their chicken in buckets, and their baby in disposable diapers. The city would pick up almost anything. All a resident had to do was leave it near the curb before six in the morning on collection day, preferably inside a thirty-five gallon container. Boxes and tied-up trash under sixty pounds and four feet in diameter were acceptable too. The rules permitted a lot of garbage. And the pair in the van wanted to see it all before the big sanitation truck rumbled through the neighborhood.

They had come across some interesting items: expired passports, scuba gear, a dilapidated dollhouse. One morning they found a flawless satin evening bag containing a brass key and two Founders passes to the Disney Center. Another dawn yielded an old collection of Playboy magazines and a case of floppy disks. There were four-page credit-card bills, rumpled scorecards from The Riviera Country Club, and essays in binders labeled “Harvard Westlake School.”

But the fancy flotsam that surfaced curbside each week held little appeal for the couple in the van. They were searching for something far more valuable. And they had to hurry.